So, the birthday girl finally had her circus party and needless to say...our family is still recovering.


Here are a few of the highlights: 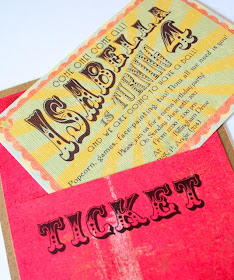 It started with an invitation...which turned into much, much more circus fun. 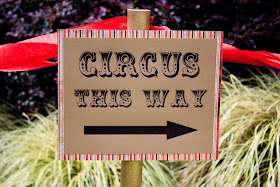 The guests were shown the way... 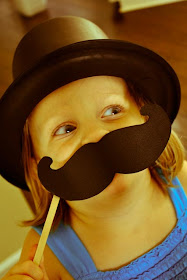 ...where they were greeted by the cutest little ringmaster : ) 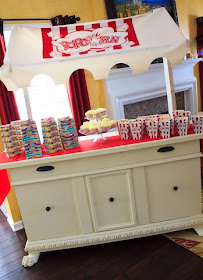 They walked past the popcorn stand... 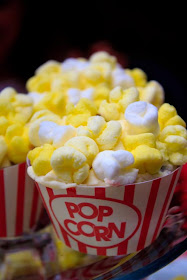 ...where the popcorn cupcakes... 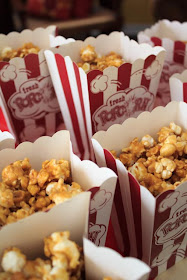 ...caramel popcorn (made by my wonderful sister)... 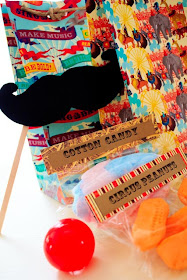 ...and favor bags were set up.  Each child received a clown nose, a ringmaster's mustache, a small bag of cotton candy and a few circus peanuts. 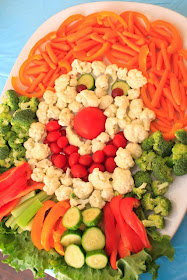 At the circus, there were corn dogs, fruit salad, pretzels and an absolutely crazy vegetable clown- I had to think of some way to incorporate veggies.  He is pretty ridiculous : ) 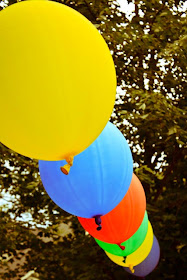 Outside, the real fun began.  Big 18" balloons were strung across the yard.  The kids had crazy fun in the bounce house, played on the playground and... 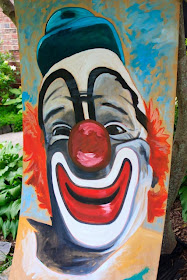 ...threw bean bags through the clown's nose.  Wait a second... 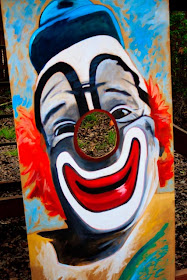 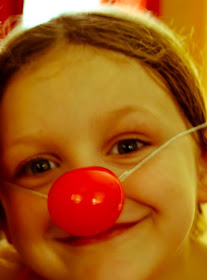 I think it's pretty safe to say that the kids... 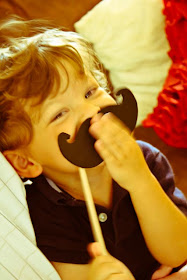 ...and adults alike had a great time at the circus : ) 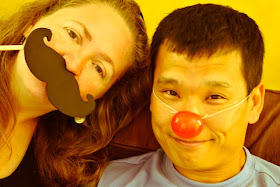 And all was right in the world for one little four year old. 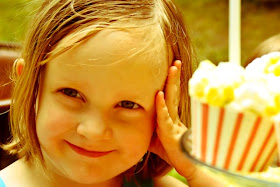